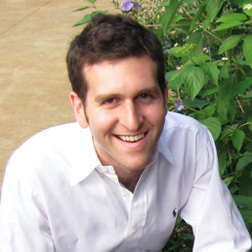 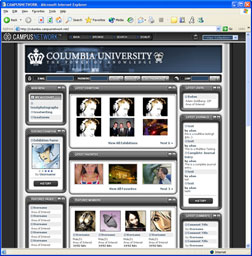 After such a long time I’m back to blogging now. I must mention that I was quite busy with my Social Network project Franktag.com and recently launched it.

Now back to topic, yesterday I got an invitation of Google Wave preview from Google Team. If you’re still new to Google wave then check out my post I wrote about it.

Here is the screen shot of the email. 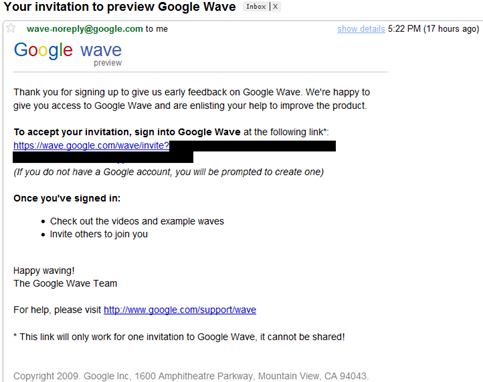 I can also invite others to use Google Wave Preview just like orkut. 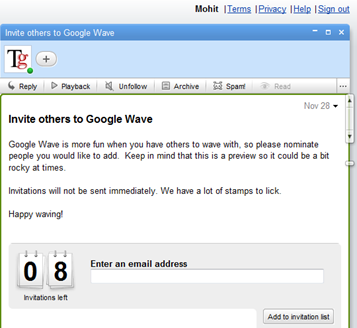 It’s very useful in workplaces. Well I haven’t tried it’s all features so I can’t say more about it. If you would like to get an Invitation for Google Wave just drop me a comment.

Have you tried it? What’s your experience? Please say it in your comments.

More than 200 million of us are active Facebook users, but have you imagined that the major social network facebook evolution history will convert to a blockbuster movie? No?

Columbia Pictures sure hopes so, as it advances its plan to bring Facebook’s founding story to the big screen.

The movie, titled “The Social Network”, is scheduled to start production later this year, and Columbia is in advanced talks to put David Fincher, director of The Curious Case of Benjamin Button in the director’s chair, reports Variety. “Scott Rudin and Michael De Luca are producing with Trigger Street’s Kevin Spacey and Dana Brunetti”, adds the industry mag, and Aaron Sorkin (A Few Good Men, The American President, Malice, Charlie Wilson’s War) wrote the script.

The film will tell the story of Facebook founder Mark Zuckerberg as he scaled the site from a Harvard dorm room to the world’s most popular social network.