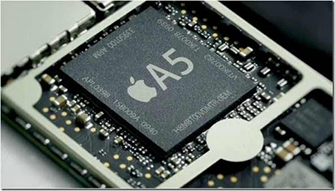 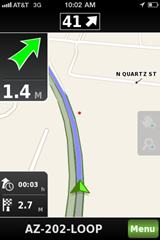 Ok, so you might have restored your iphone 3gs using 4.3.3 ofw(official firmware) or cfw(custom firmware) using sn0wbreeze and also it might went into DFU mode loop. NOT recovery. All there could be a black screen.

I had also faced the problem problem with my 3GS. And I fixed it using redsnow beta 0.9.10b3.
Here is the stepwise description of the fix:

That’s all! Now Jailbreak the device using the same version of Red Snow.

Follow the printed instructions. And here you go with your device jailbreaked. 🙂 Now unlock it using ultrasn0w using this guide http://iguidespot.blogspot.com/2012/01/how-to-unlock-iphone-3gs-firmware-433.html.

The iDevice in your hand (iPhone 2G, 3G, iPod Touch) is factory fitted with ARM Cortex processor having more Hz speed than you think. But that has been underclocked to provide effective Battery life.

That is clear that the processors fitted in the device are not fully harnessed, but it is possible with overclocking process. But your device should be Jailbroken tp process that method. The actual processing capabilities of iDevices are :

Note: Increasing the clock speed would degrade the CPU’s lifespan by several minutes. However, since the device is not designed to handle the heat generated at higher clocks, we recommend you to terminate apps if device appears to overheat.