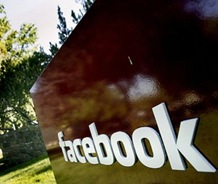 Popular social networking site Facebook is opening its office in Hyderabad, where it plans to build a world-class team to support its growing number of users, advertisers and developers in India and around the world.

The decision to start an office in Hyderabad comes in the backdrop of the phenomenal increase in number of Indian users, which touched an 80-lakh figure. Hyderabad will be the fourth support centre for Facebook. Currently, its operations are supported out of Palo Alto in California and Dublin in Ireland. The third support centre would be set up in Austin, Texas.

Facebook will tap the talent of Hyderabad’s skilled workforce, recruiting a small initial team and is anticipating further growth as the office expands.

A full list of job descriptions for open positions has also been hosted on ‘www.facebook.com/careers’. The recruitment has already begun, a company statement said.

The Hyderabad office, like others, will house online advertising and developer support teams.

It is expected to provide round-the-clock multi-lingual support to its ever-growing user base.

Don Faul, Director of Global Online Operations for Facebook, said in Hyderabad: “People in India and around the world are using Facebook to do everything from voicing their opinions on national issues, to connecting with fellow cricket and hockey fans, to sharing photos with friends and family.

We expect our new office in Hyderabad to tap the region’s strong pool of talented people who understand operations and technology and help us more effectively serve the needs of our users, advertisers and developers around the world”.