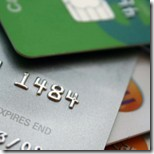 The  details was apparently discovered accidently by cybercriminals from the Far East who were planning to sell the information. I’m not sure that if the details revealed was of Google Checkout shoppers.

According to the Daily Mail, a spokesperson for banking industry trade body APACS had said most of the details related to expired cards and the remaining cards has been ‘flagged’ by the banks.

This isn’t enough for Conservative MP Nigel Evans, who is also chairman of the All Party Group on Identity Fraud, as he told the Mail: "This is hugely worrying. The credit card companies have a duty of care to inform all those involved that they are at risk of identity fraud."

A spokesperson for Google has revealed that the information has been removed but did explain that search engines "do not have the ability to remove content directly from the internet."

I’ll advice you to not to shop online with Unauthorised Services.